Not showing in Moodle Mobile app

If you have installed Level Up XP+, no further steps are required for it to be accessible using the official Moodle Mobile app. It also works with custom versions of the Moodle app, provided they are recent.

Accessing Level Up XP from the app will be different depending on how it is set-up on the Moodle site. If it was set to be used For the whole site, it will be appear in the main menu: 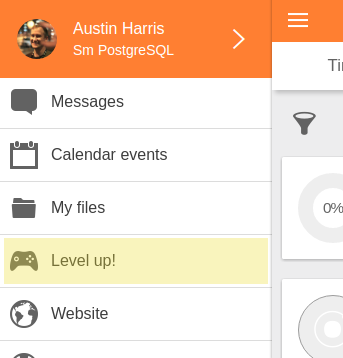 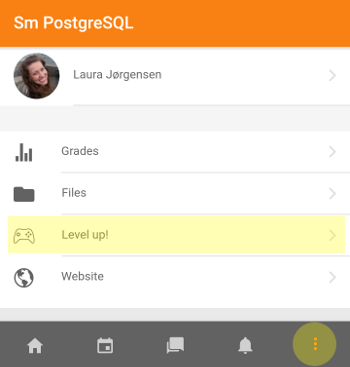 When set to be used In courses, Level Up XP is accessible from different locations.

From the course menu within a course.

From the dropdown menu on the course's main page. 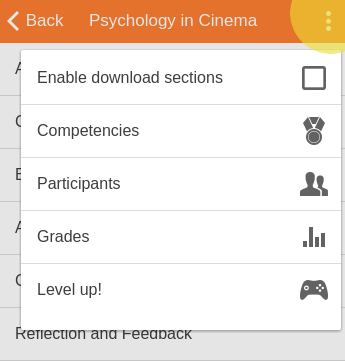 From the dropdown menu on the Course overview screen. 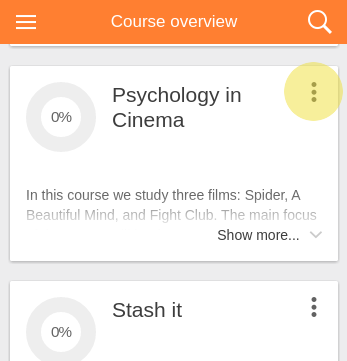 Moodle provides an additional plugin called local_mobile which enables newer versions of the mobile apps to work with older versions of Moodle.

For example, in June 2018, the new Moodle app was released (codename Moodle Mobile 3.5), and was designed to work seamlessly with Moodle 3.5. However, previous Moodle versions (3.1 to 3.4) require the local_mobile plugin to be installed for all features to be supported. If the latter is not installed, Level Up XP will not appear.

Protip: After installing local_mobile, you may need to remove your site from the Mobile app and add it again.